The Legacy of Colonial Encounters on the California Frontiers 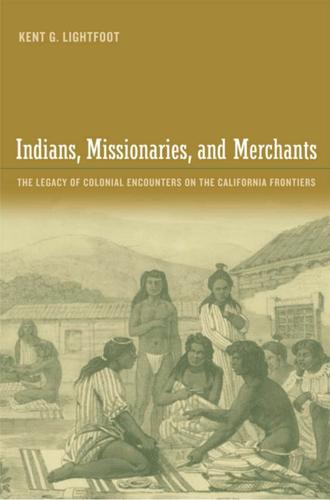 California’s earliest European colonists—Russian merchants and Spanish missionaries—depended heavily on Native Americans for labor to build and maintain their colonies, but they did so in very different ways. This richly detailed book brings together disparate skeins of the past—including little-known oral histories, native texts, ethnohistory, and archaeological excavations—to present a vivid new view of how native cultures fared under these two colonial systems. Kent Lightfoot’s innovative work, which incorporates the holistic methods of historical anthropology, explores the surprising ramifications of these long-ago encounters for the present-day political status of native people in California.

Lightfoot weaves the results of his own significant archaeological research at Fort Ross, a major Russian mercantile colony, into a cross-cultural comparison, showing how these two colonial ventures—one primarily mercantile and one primarily religious—contributed to the development of new kinds of native identities, social forms, and tribal relationships. His lively account includes personal anecdotes from the field and a provocative discussion of the role played by early ethnographers, such as Alfred Kroeber, in influencing which tribes would eventually receive federal recognition. Indians, Missionaries, and Merchants takes a fascinating, yet troubling, look at California’s past and its role in shaping the state today.